Hi Cardiogram Fam! We’d like to introduce a special guest blogger, and fellow Cardiogram Member, Joanna No Banana (as she’s known online). Joanna is a disability advocate on her journey to living her best life with Postural Orthostatic Tachycardia Syndrome (POTS), Mast Cell Activation Syndrome (MCAS), and Ehlers-Danlos Syndrome (EDS). For Dysautonomia Awareness Month, we asked Joanna to share her experience and wisdom of living with POTS. To connect with Joanna, find the links to her socials at the bottom of this post.
Within the last several years, there has been an increased amount of awareness and understanding regarding Postural Orthostatic Tachycardia Syndrome, also known as POTS. As more people with POTS are being properly diagnosed, there is an influx of those with POTS speaking out about their symptoms and experiences, especially on social media. Alongside this, every October is Dysautonomia Awareness Month. POTS is a form of dysautonomia, so October is a wonderful time to learn more about POTS and similar chronic illnesses. With Covid, there has also been an influx of POTS cases as POTS can be triggered by a virus, creating awareness through experience. Furthermore, celebrities, like Halsey, speak out about their experiences with POTS and other chronic illnesses which helps to spread awareness and representation.

What Exactly is POTS?
POTS is a chronic illness and, more specifically, a disorder of the autonomic nervous system causing symptoms which influence heart rate, blood pressure, heat/cold intolerance, brain fog, and so much more! These symptoms can take a heavy toll on the emotional and mental health of those with POTS. Within this article we’ll explore some of the most common POTS symptoms and not only the physical effects that POTS has on those living with the chronic illness, but also the emotional / mental health aspect of it as well.

Tachycardia is one of the most (if not, the most) commonly known symptoms of POTS. Tachycardia refers to a heart rate of over 100 beats per minute. This doesn’t mean that someone with POTS is constantly at this heart rate, though it is a possibility. Tachycardia can be distracting to experience, which makes school, work, and even basic tasks more difficult.

People with POTS generally have an easier time laying down than sitting or standing, but tachycardia can still occur even during those times. This can mean interrupted sleep, which causes a lot of exhaustion and frustration. Not getting proper sleep results in feelings of grogginess, problems feeling alert throughout the day, and even increases the chances of other health issues. The Cardiogram app helps you find more insight about your sleeping patterns. Sleep is a major part of health, including chronic illness management. Because of this, being able to access your sleep information assists you in optimizing your health.

On the opposite side of the heart rate spectrum, some people with POTS experience bradycardia, which means a heart rate below 60 beats per minute. It makes it difficult to do the most basic of tasks due to feelings of lethargy. Every small action requires a great amount of effort. Both of these symptoms are tiring in their own ways. Personally, tachycardia feels like I’ve run many miles without even getting out of bed, while bradycardia feels like I’m too weak to get out of bed at all.

The Mental Hurdles of POTS

On a mental health level, there is a feeling of being stuck when these symptoms arise. It’s so difficult to move that mentally it can make you feel like the situation won’t change and you’ll be stuck there forever. However, your heart rate will eventually fluctuate into a more favorable pace, and you’ll feel more like yourself soon. It’s important to remind ourselves regarding fluctuations that they don’t last forever. A great way to remind ourselves is by looking back on past times when it fluctuated to a more favorable position after experiencing an extreme.

With POTS, blood pressure can fluctuate much more than for somebody without POTS. Some people with POTS tend to have high blood pressure, some have low blood pressure, and for others, it’s a mix of both. It’s important to keep track of which of these categories you fall into as someone with POTS.

Stress itself can be a major trigger for a lot of chronic illnesses, including POTS. So, it’s important that we identify what’s causing our stress in life and how we can remove or at least minimize that stress.

Keeping track of symptoms with the Cardiogram app helps to identify certain triggers, such as certain foods or sitting in a certain position, which affect your blood pressure. It also helps you figure out the best things you’re doing for your body, such as laying down with your feet in the air to help minimize blood pooling.

The term “brain fog” may not sound frightening, but the symptom can be debilitating. What is brain fog? In essence, it’s executive dysfunction. How much can it impact someone’s life? It makes it difficult not only to solve problems and form more complex sentence structures, inhibiting communication, but it also makes stringing simple thoughts together a major challenge. It’s frustrating. It’s scary. And at times, it makes me feel as if I can never put a thought together ever again.

As someone who deals with brain fog, I’ve learned that for the sake of my mental health, it’s best to just stay in the particular stage of mindlessness which the brain fog has pushed me into. Some things which I enjoy doing during that stage are hanging out with my cats, playing a simple game on my phone, or eating. If it all gets too overwhelming, going to sleep or even taking a short nap can be extremely helpful. Of course, that’s not always a possibility, such as during an important meeting at work. For those occasions, it’s great to have notes written down in simple language. In all honesty, sometimes the brain fog makes me so angry out of the frustration of not understanding a simple concept. But I try to remind myself that I don’t have to understand things right away, even if those are things that years ago, I could easily understand.

Acceptance with POTS
My body has changed as POTS began to affect my life even more. My brain has changed too. And that’s okay. There are positives to having POTS too. For instance, there are many people out there that POTS allows you to better understand, from fellow people with POTS to those with ADHD to those undergoing chemotherapy to new moms and much more!
Managing All Aspects of POTS

Postural Orthostatic Tachycardia Syndrome (POTS) is something which affects everybody a bit differently, but there are still so many things we all have in common. This chronic illness is taxing on our emotional and mental health, but there are ways in which we can manage it, such as through the power of community and through the Cardiogram app.

Understanding why our bodies behave in certain ways in specific circumstances, and learning from those experiences, helps us navigate our POTS symptoms. And this relieves a lot of anxiety regarding seemingly random POTS flare ups and helps us feel empowered by information. This empowerment can help prevent us from feeling depressed by our symptoms because we have a better understanding of how we can get to a better physical, emotional, and mental place.

Whatever you feel regarding your POTS is valid. As you learn more about your POTS, my wish for you is that it becomes easier to manage, not just physically, but emotionally and mentally as well.

Hi! My name is Joanna. I’m a disability advocate on a journey to living my best life with Mast Cell Activation Syndrome (MCAS,) Postural Orthostatic Tachycardia Syndrome (POTS,) and Ehlers-Danlos Syndrome (EDS.) My goal is to empower others to get the proper information and care which they need to live their best lives! 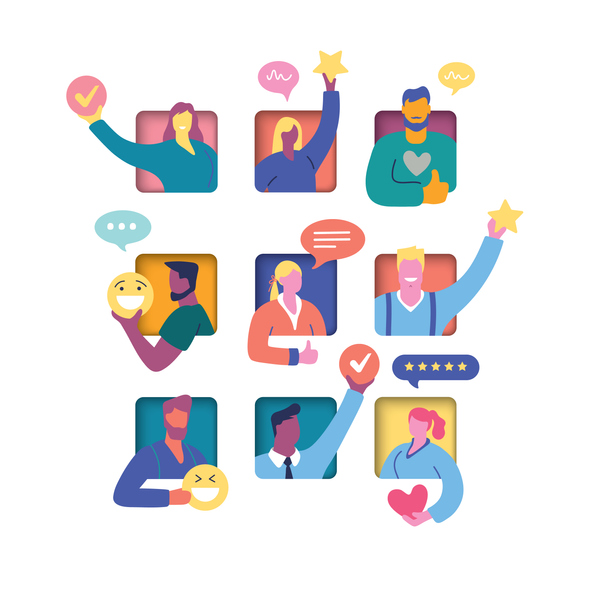