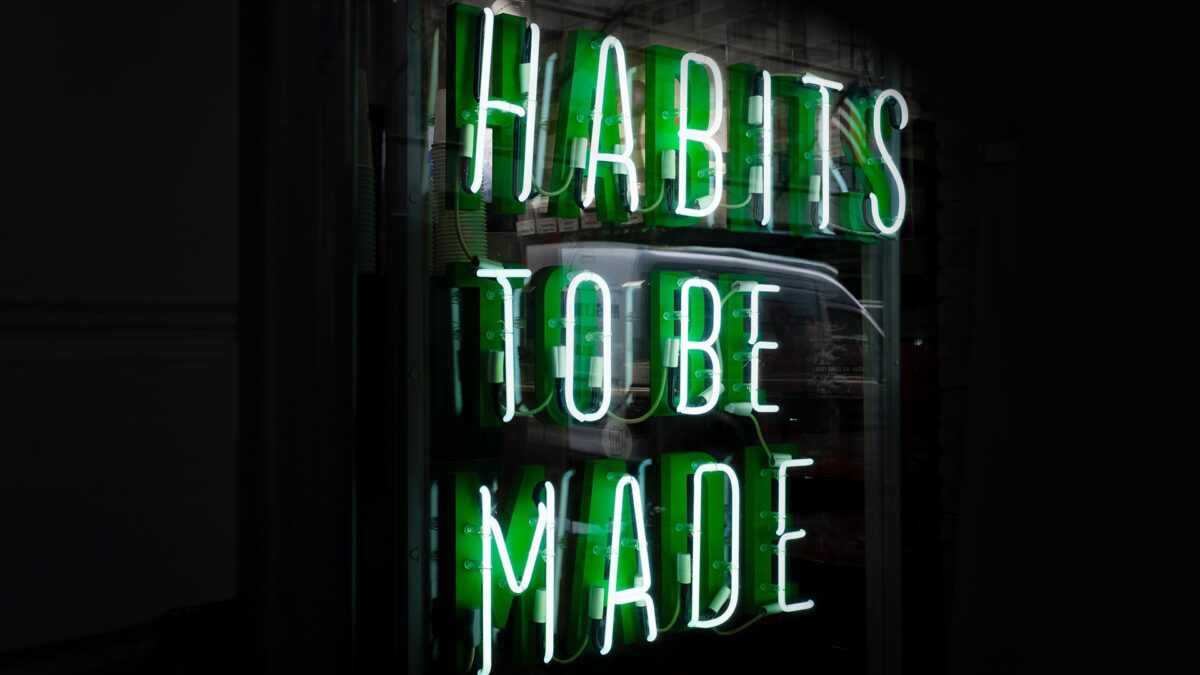 While many believe that habit forming is all about will-power, in actuality, it’s an art. There’s a lot that goes into it on the physical, mental, and emotional levels. And if you don’t know how to go about effectively creating a healthy habit, you’re left at a disadvantage (if not completely discouraged).

It’s been shown through research that about 50% of what we do each day is determined by repetition.1 We are, after all, creatures of habit. Knowing this, we can use the same psychology that motivates us to engage in any pre-existing habits to create new ones.

Some of the keys to doing this are:

How are Habits Formed?

While it might almost feel like many of the habits we’ve picked up “magically” created themselves, in reality, they’ve also been formed. How? Well, again, mostly through repetition, reward, and incremental steps.

For example, we weren’t born with the desire to brush our teeth every day. Rather, for most of us, our parents made sure we did. Every day (repetition). The process started slow, with them doing it for us until we learned to do it on our own (making it doable). Until we learned that going without brushing our teeth feels pretty awful (reward).

How Can I Make My Healthy Habits Stick?

Although most of us reading this no longer have a parent watching over us to make sure we’re making healthy choices, we can use the same strategy mentioned above to start and stick with those habits we know would be good for us.
Start with Repetition

With enough repetition, it’ll eventually feel strange not to take your desired action. And because we’re talking about healthy habits, it’ll even feel downright bad not to implement it (simply because healthy habits make us feel so good).

Implementing Repetition
To create the pattern of repetition, it’s important to get specific about how often you intend to commit to this habit. And then, intentionally carve out the time. Add it to your calendar and block that time off. Make it “your time” and commit to showing up for yourself just like you would for any other important meeting.

Here’s a rule of thumb for repetition: While it’s okay to miss one day, never miss two!

We’re all going to have things come up from time to time. So, if you miss getting to the gym one day this week, give yourself grace. But be sure not to let it happen again in the same week. Otherwise, not going to the gym slowly becomes the new repetitive pattern which can easily bring you all the way back to square one.

Rewards are why we start just about any habit, good or bad. When it comes to healthy habits, it’s especially important to note that there are two types of rewards: long-term and short-term.

Your long-term reward is the same as your goal; it’s your “why.” The whole reason you want to start a new healthy habit in the first place. For example, your long-term rewards for exercising may be losing weight, gaining strength, and feeling better about your body in general.

However, it can take a while before these rewards are actualized. In fact, initially the opposite can happen. You might feel bloated from newly starting to exercise, weak from muscle fatigue, and self-conscious from being surrounded by other regulars at the gym.

While all of this would fade over the course of a couple weeks with repetition, it could be easy to quickly give up without some short-term rewards.

Creating Short-Term Rewards
Consider what would motivate you to continue with your habit, even when you’re not seeing those long-term rewards right away. Finding the right treat will light up the reward center of your brain and create positive association with taking that action, making you more likely to want to continue.

For example, would allowing yourself a square of chocolate post work-out feel exciting? Or granting yourself one low-impact day a week, where you go hiking or roller skating rather than hitting the gym?

Really take the time to think about what it is that would make committing to this habit feel rewarding to you. And then follow up; treat yourself! You’ll have earned it.

For instance, if we’re sticking to the exercise example, it can feel disheartening to see videos of folks running marathons if we’re out of breath walking from the couch to the kitchen. But that’s because it takes time and incremental steps to reach those bigger goals. (Even those marathon runners had to start somewhere.)

Because of this, it’s important to start small. Afterall, slow and steady wins the race. Seriously, think Tortoise and the Hare.

Setting Manageable Goals
You want to set yourself up for success by setting “bite-sized” goals. Not only does this allow your habit to be a sustainable one, but it also helps you to build confidence along the way as you continuously reach new heights.

For instance, if your big goal is to be able to run a 5K, but you haven’t worked out in years, you might start with committing to a daily walk around the neighborhood. After a few weeks, once you feel your endurance building, you might commit to a daily jog up and down your driveway. Followed by a one mile jog a few weeks later. Until, many mini-goals later, your big goal feels attainable.

Starting and sticking to healthy habits is not about exerting immense amounts of will power, but rather a matter of repetition, reaping rewards, and setting manageable goals. The more you use these three keys, the more your habits will become a natural part of your life.